OMG can we talk about Marie Kondo for a hot second

As a kid I was an extremely messy, super hoarder-y person. I almost hyperventilated when somewhere around second grade my mom suggested that perhaps we didn't need to keep every single paper I ever brought home from school, and I definitely kept mental track of every toy and piece of clothing I had and fished them out of the trash/donation bin any time she tried to sneak something out that I didn't need or use anymore. I even hoarded a dead pet fish once because I couldn't bear the thought of parting with it. I can't possibly describe the face my dad made when he found it a week later.

But, somewhere along the way (late high school? College? Just after? I suspect having to pack and unpack and move around a lot had something to do with it), I began to abhor clutter. Having too much stuff, especially stuff I didn't really use anymore, started to bother me. Don't get me wrong, I was still super sentimental about stuff & had a hard time parting with stuff if it still seemed kinda-sorta semi-useful, but the time and effort and energy spent dealing with extra stuff sometimes started to win out.

I think every time I've moved, I've gotten a little more annoyed by clutter (mostly having to move & store it) & a little more courageous about thinning the herd of things I don't really use (including sentimental stuff). More and more I appreciate open, empty spaces and the idea that every material object I own pulls its psychic weight in some way.

So, when I first ran across The Life-Changing Magic of Tidying Up, I was intrigued. Not every detail of Marie Kondo's now-famous system resonated with me, but I found it thought-provoking and definitely found a number of her suggestions useful. And I really liked the underlying message (or, at least, it seemed to me) of really, truly appreciating the material belongings you have and avoiding the consumerist trap of more is always better. As with most self-help-type things (and I am kind of a self-help junkie!), I basically took what seemed useful to me & ignored the rest.

Unless you've been living under a rock you've probably heard that Marie Kondo now has a Netflix series of the same name where a person or family or couple request Marie's help with organizing & decluttering their space. Marie & her interpreter then descend on the home in question and lovingly (so lovingly!) guide the clients through a month-long process of "KonMari-ing" their space.

Friends, I binged the whole first season over the winter holidays & I regret nothing.

The Case for Quitting Workouts

I've seen a lot of conversations lately about the whole #nodaysoff campaign Tracksmith has going on, particularly around whether or not it's maybe an irresponsible message given that so many runners are competitive, super-driven Type A's inclined to git'er done no matter what the cost.

Not usually. But sometimes.

I think it's the same with quitting workouts. I've been injured or about to get injured often enough in my running career that it's an extremely familiar mental conversation with myself--"Hmm, that doesn't feel good. Maybe we should quit before something disastrous happens? Eh, I'm probably being dramatic, just freaking get it done. But what if I can't run for the next week as a result?? Won't it feel soooo good to just get it done? I mean, yeah, but how bad can it be to miss the last interval or two just to be safe? I mean??"

In Which SF Road Warrior Lives Up to Her Name 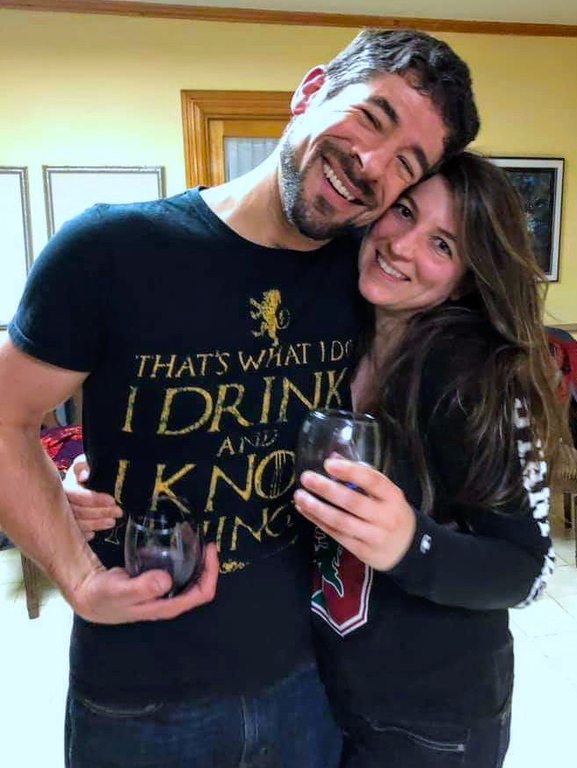 Happy Mexican New Year from me & my hunky boyfriend!

Although, I'm not gonna lie, I'd planned to start last week when we got back from Mexico, but that plan sort of fell through. How so? Let me count the ways.

Email ThisBlogThis!Share to TwitterShare to FacebookShare to Pinterest
Labels: best laid plans, not running, on the road, teh holidayzzz, travel, wine

It's that time of year again!

Each year since 2014, I've chosen a classic book to read each month, where "classic" is pretty loosely defined. A book doesn't necessarily have to be super old, it just has to have been around long enough that it's stood some test of time to some degree and it's clear that something about it has contiuned to resonate with people. I also try to choose books from a diverse group of authors, as opposed to the standard cannon of old white men. I try to include books from a good number of women and people of color (at the very least I like to read a Black author in February, an Asian author in May, and a Latino author in November). I try to include books from genres beyond the standard literary fiction (ie a sci fi or fantasy classic), and I also like to read at least one banned book per year.

Of course there is no shortage of classic books in the world, but it does get a bit more challenging once you're trying to limit Old White Dudes and/or The English (all apologies to the English, it's just that you've created SO MUCH amazing literature!). So each year it's always nice to poll the throngs of brilliant readers to see what other works of genius you've run across. (For some reason, runners & bookworms seem to hugely overlap & I've gotten TONS of excellent recommendations from fellow bloggers in the past.)

If you're curious, here's what I've read in past years:

So what do you think? Any classics (for a very loose definition of classics) that you'd recommend for someone who's looking for a diverse selection of authors?

The Year of No Shopping: What I Learned 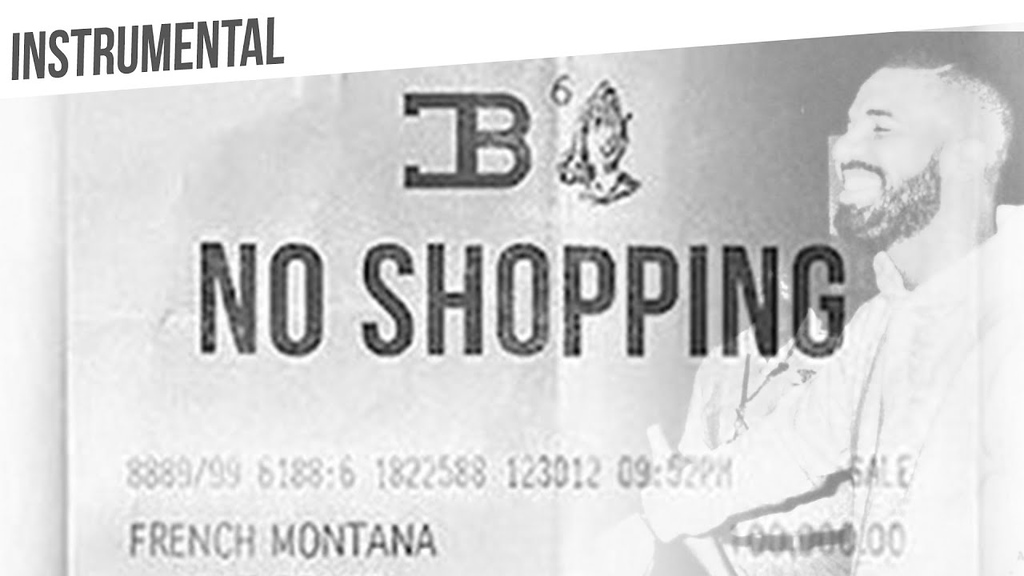 A little over a year ago I decided that 2018 would be The Year of No Shopping. The decision was inspired by a NY Times article by Anne Patchett, who did the same thing in 2017, inspired partly by a friend who'd done it years ago and partly by the gross, crazy-making-ness of our current world.

"After traveling for much of the previous year, she had decided she had enough stuff, or too much stuff. She made a pledge that for 12 months she wouldn’t buy shoes, clothes, purses or jewelry.

At the end of 2016, our country had swung in the direction of gold leaf, an ecstatic celebration of unfeeling billionaire-dom that kept me up at night. I couldn’t settle down to read or write, and in my anxiety I found myself mindlessly scrolling through two particular shopping websites, numbing my fears with pictures of shoes, clothes, purses and jewelry. I was trying to distract myself, but the distraction left me feeling worse, the way a late night in a bar smoking Winstons and drinking gin leaves you feeling worse. The unspoken question of shopping is 'What do I need?' What I needed was less."

Now, the idea wasn't to completely 100% stop purchasing any and all things; it was more about breaking a few particularly bad habits. For me, the pathology wasn't purses and jewelry but clothes and shoes were definitely in the mix, and I also found myself purchasing wine, new books, & gadgets at a rate that was influenced less by what I actually needed and more by anxiety, shiny thing syndrome, and craaaaaazy deals. Like, I wasn't trying to become a monk or some kind of extreme minimaist living in a plain white room with two chairs, ten books, and a bowl, but I was starting to become super weighed down by all the STUFF in my life that felt like it wasn't necessarily earning its psychological keep.

So the rules were:

Email ThisBlogThis!Share to TwitterShare to FacebookShare to Pinterest
Labels: the year of no shopping

To recap the context: The plan this fall was to run a bunch of miles, race a bunch of short stuff under 10K, & get wicked fast. Alas life has not quite work out as I'd planned & there have been more than a few super frustrating weeks lately.

But, the nice thing about 5Ks is that there's not a ton of pressure at any given race. Unlike longer distances, finishing is trivial, and if you have a shitty 5K one week (or get sick, or life gets in the way) you can take another crack at it a week or two later. So this fall I'd signed up for three, one per month in each of October, November, & December.

Prior to OktobeRun in Redwood City, my physical niggles were at their worst so I was surprised to run 22:23, my slowest ever 5K race, sure, but not by all that much! I'd been worried my body wouldn't even let me break 8:00's, so even managing to run 10K pace kind of felt like a victory. After that I'd thought, "Cool, good to have a stake in the ground. I can build on this. Four weeks until Oakland Turkey Trot, plenty of time to get some solid training in & shave a few seconds off!"

But then life happened, I got sick, spent most of November traveling, California caught on fire, etc. etc. and I only managed to get a few workouts in during that time. Yet, somehow, I showed up in Oakland and ran 21:46. Again, it's not that this was a *great* time in the grand scheme of my historical 5K performances (in fact I think it's kind of right in the middle), but given everything and the fact that I really had not trained AT ALL since OktobeRun, a 0:37 improvement in such a short timespan just seemed completely insane. But hey, I'll take it! And once again, my thoughts were, "Hey, 3.5 weeks until Santa Run, I am DEFINITELY DEFINITELY going to get some solid training in and shave just a few more seconds off this distance in 2018!"

As you probably already know, I've been reading a classic a month for the last few years. It started as a one-year project in 2014, but I've enjoyed it enough to keep going with it & will probably continue until it starts to feel like a chore.

You can find my past reviews by clicking on the "books" tag at the end of this post, or be my friend on Goodreads. (You can also just go to the site & hunt down my review feed without being my friend. Don't worry, you won't hurt my feelings.)

ICYMI, the classics I selected to read in 2018 are here.

On to the reviews! (Settle in, it's not a short one)