This race was stop #2 on my Year of the 10K Summer Tour (Santa Cruz, SF PrideRun, Bad Bass, and Summer Breeze). I went into it kind of tentatively after a rough "taper" week that had left me nursing some wicked shin splints and went back and forth a few times about whether or not I should run it. In the end, I felt a lot better after not running the two days before the race and decided to go for it.

In what turned out to be kind of an awesome coincidence, the race ended up taking place less than 24 hours after New York State legislators voted to legalize gay marriage; between that and the fact that the race takes place at the end of Pride Week in SF, you can imagine that the mood before the race was rather celebratory to say the least. More than a few runners arrived decked out in rainbow gear of all kinds, and there was a vibe of energy and camaraderie at the starting line that I'd never experienced at a road race before. That was pretty cool to be a part of. 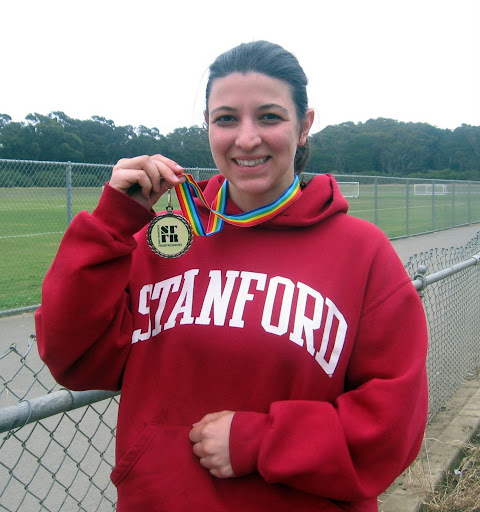 Frankly, I wasn't sure exactly how this race would turn out, given that I've only put in maybe 4-5 weeks of real training since taking a month off after Santa Cruz. What I can say is that I ran as solid & honest a race as I ever have, and although it wasn't a PR (not surprising, given a good mile / mile & a quarter of brutal uphill x 2 laps), it was good enough for 3rd in my age group and 4th overall. And I can't complain about that. :)

Sellout Factor: Unlikely; it was a small event with race day registration 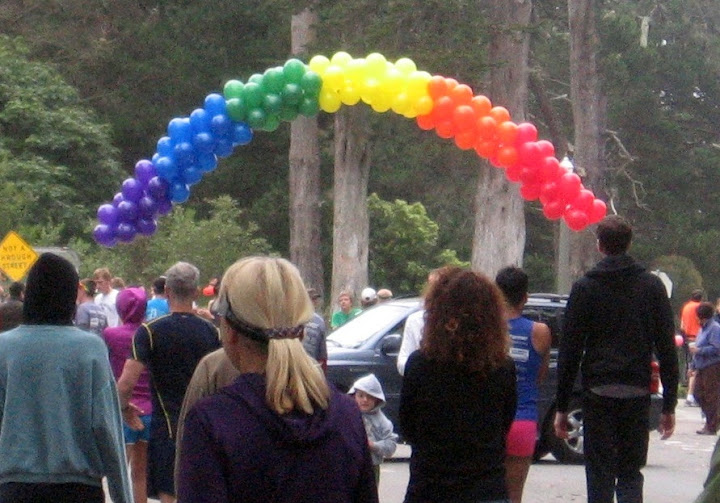 Logistics
No complaints here. The race is small enough that parking is a non-issue (especially if you arrive an hour before the gun); I parked almost exactly halfway between the sign-in table and the start, literally about fifty yards from each. There is a bag check if you want it, though given where I parked, it was actually more convenient for me to just leave stuff in my car. Post race, there was a free brunch for runners plus the usual spread of water, fruit, sports bars, etc., a couple of sponsor tents, and Jamba Juice smoothies for $3. Oh, and Dj O Miestro spinning at the finish. (Definitely my first professionally DJ'd race). 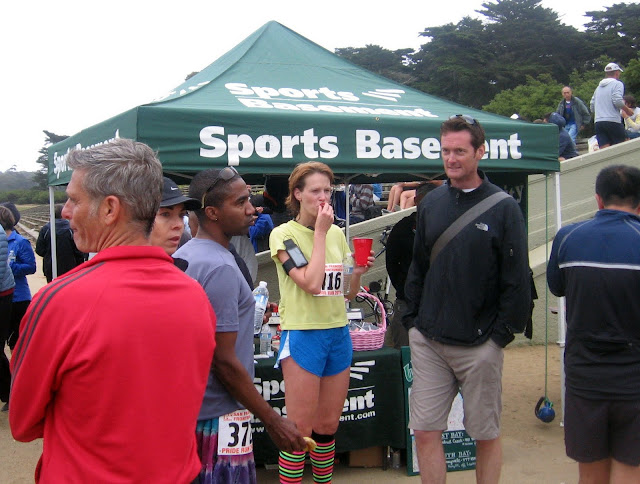 Golden Gate Park is definitely one of my favorite places in SF to run and is a pretty common venue for a number of SF road races. Bigger races (Kaiser, for example) often use the streets, but this was a small enough field that most of it was on sidewalks or dirt trails. While it didn't wind through some of the most scenic parts of the park, it was still a nice run with a good amount of tree cover. Compared to the rest of SF, the park is mostly flat but does have a certain amount of grade to it (mostly downhill to the west and uphill to the eat). It doesn't seem like that big of a deal on longer, slower runs, but since this was a 5K loop and we were going at race pace, the 1.2 uphill miles on John F. Kennedy between Chain of Lakes Dr and Transverse Dr were noticeably brutal (my pace dropped by as much as 90 seconds per mile on both laps, and at a certain point near the end of that stretch on the second lap I realized I couldn't feel my legs). The weather was perfect for running, though - low 50s & slightly overcast, and not even any real wind to speak of (thankyouthankyouthankyou!). Goodies For some reason I was expecting a cotton shirt, but when I picked up my bib I was pleasantly surprised with this lovely tech shirt! (I think I've mentioned my feelings about a good tech shirt once or twice.) I love the colors and am sure I'll get plenty of good use out of it. 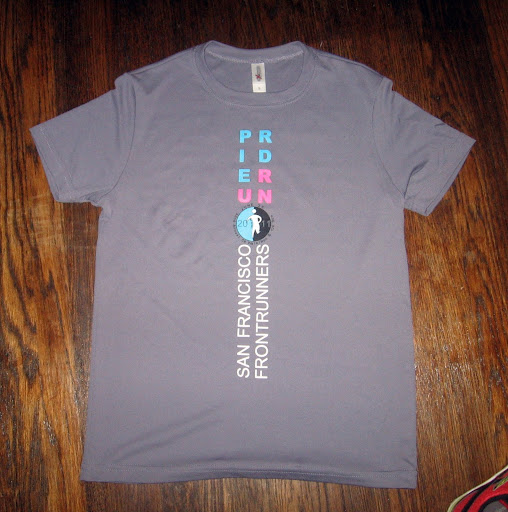 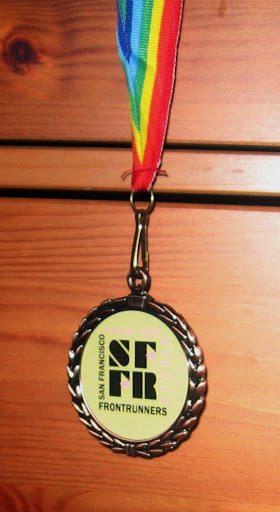 Given that the race is a fundraiser (and also short and small), it's not surprising that there weren't finisher medals. On the other hand, there were lovely ones awarded three deep in each age/gender group (by decade) as well as top three male/female overall (who also received gift certificates to Sports Basement), and gift certificates for the top male & female finisher by age-grade. Finally, the goodie bag was a reusable one from Sports Basement filled with the usual coupons, flyers, & samples (I cannot say enough about reusable bags; I've been to several races lately that have gone with those over plastic ones, and I really do hope this represents a new trend).

Overall, this was a really fun & enjoyable small local race for a reasonable price and a good cause, plus it's all of ten minutes' drive from my house. I will definitely consider running it again next year. :)
Posted by Angela Knotts at 5:03 PM