Just getting these off my plate before they're no good anymore:

(And if you try one & it doesn't work please let me know so I can remove it.)

Water To Wine Half Marathon & 10K, August 6, Sonoma County (starting and finishing at Kendall Jackson Winery). Save 10% with LUCKY10 through March 30. I haven't run this race, but I've run the other two in the series (Windsor Green Half & Healdsburg Half) & they've been quite well done.

The Hollywood Half Marathon, April 8, Hollywood, CA. Save $5 with code STAR until ???.

Yes, yes, I know....it's March already. I'm behind. On everything. Without further ado....

BEHOLD! The classic novels I'll be reading in 2017:

JANUARY: The Forever War, by Joe Haldeman. "The Earth's leaders have drawn a line in the interstellar sand, despite the fact that the fierce alien enemy that they would oppose is inscrutable, unconquerable, and very far away. Private William Mandella has been propelled through space and time to fight in the distant thousand-year conflict; to perform his duties without rancor and even rise up through military ranks. He's willing to do whatever it takes to survive the ordeal and return home. But 'home' may be even more terrifying than battle, because, thanks to the time dilation caused by space travel, Mandella is aging months while the Earth he left behind is aging centuries." I like to do one true sci fi classic each year & this one got a lot of votes.

FEBRUARY: Midnight in the Garden of Good and Evil, by John Berendt. "Voodoo. Decadent socialites packing Lugars. Cotillions. With towns like Savannah, Georgia, who needs Fellini? Midnight in the Garden of Good and Evil takes two narrative strands--each worthy of its own book--and weaves them together to make a single fascinating tale. The first is author John Berendt's loving depiction of the characters and rascals that prowled Savannah in the eight years it was his home-away-from-home. Then, on May 2, 1981, the book's second story line commences, when Jim Williams, a wealthy antique dealer and Savannah's host with the most, kills his "friend" Danny Hansford. (If those quotes make you suspect something, you should.) Was it self-defense, as Williams claimed--or murder? The book sketches four separate trials, during which the dark side of this genteel party town is well and truly plumbed."

*Of course*, the week I decided to nix my erstwhile goal race & not worry about weekly mileage for a while, I would end up running my first 40+ week in two months (and, in fact if I'm not mistaken, my highest mileage week thus far this year).

Sunday 3/12: 13.1 easy. This was the day I was supposed to run Shamrock'n, so since I was feeling pretty good, I decided to pay a little homage to the-race-that-wasn't & do my own super easy half marathon in Golden Gate Park (no driving involved). It was also my first double-digit run in *quite* some time, so I was relieve that it went well.


Also, I don't know if it's just taking all the race/training pressure off or what, but this week my easy runs have been FAST! (Y'know, for me, for easy runs.) Most of the time when I shoot for keeping my heart rate around 140-145, my easy runs average somewhere in the 10:10-10:15/mile range; this week I was regularly ticking off miles in the 9:30-45 range at that same heart rate, sometimes even 9:15! The change seems too sudden (and my training lately too sparse) to really attribute it to an improvement in fitness, so I wonder if it had to do in part with me suddenly not being super stressed about racing a half marathon.

In other news, SPRING IS BACK!

I'm not usually someone that deals with Seasonal Affective stuff or gets too bummed about winter (partly due to the fact that we only really have a kind of "winter-lite", probably) but I suspect that that has played a nonzero role in my general lack of excitement about running. Sure, when I'm training hard for something and super committed, I'll run in just about whatever conditions exist without a second thought--wind, rain, darkness, cold, whatever. Enjoyment is not the primary goal. But when I'm not feeling super invested in training for something, I'm mostly running when I feel like it, in order to enjoy it and feel good. Running in the dark and cold and wind and rain most of the time? Not conducive to that.

So yes, I get that everyone hates Daylight Saving Time and it's an invention of the devil and all, but I cannot tell you how I excited I was to get an extra hour of daylight on Sunday. Being an afternoon/evening running, it's a huge relief to not feel the pressure of having to get a long run done by 5pm because I don't want to run in the dark.

Also, Sunday was just the most beautiful day imaginable in SF--75-80° and sunny, with just enough of a breeze for running to be pleasant.

All these people agree

It's looking like we might get a whole week without rain, so we'll see if this high (for admittedly quite low values of "high") mileage trend continues!

Email ThisBlogThis!Share to TwitterShare to FacebookShare to Pinterest
Labels: one mile at a time, optimism, shamrock'n half, training journal

Time to Step Back (and some pictures, because, pictures)

You may (or may not) have noticed that I haven't had much to say here lately, and that's kind of a combination of a bunch of factors. 1) I've been stretched super thin with precious free time for rambling on the internet (ie, it's taken me like two weeks working in fits and starts to scrape this post together), 2) the same thin-stretching has, sadly, resulted in less actual/interesting running to write *about*, and, well, 3) running has kind of just sucked lately.

Things I've been doing instead of running: I was supposed to race a 10K this weekend but said ehhhhh screw it & we went skiing instead.

View from our hotel room.

This place is pretty hard to beat.

There were poke cones for dinner, and good wine.

I mentioned this in my Victory 10K race report a bit, how from the start of the year even just lacing up my shoes has been a struggle, how everything hurts, how sometimes I get home from work and running is just about the absolute last thing I feel like doing, which is just really weird after six months of "WEEEEE RUN ALLLLL THE MILES & FEEL (mostly) GREAT!!!11!1" I had this goal of taking my post-CIM marathon fitness, which was no question the best it's ever been in my life, and stacking 10 weeks of half marathon-specific training on top of that with the hopes of running if not a PR at Shamrock'n Half at least my first sub-1:40 in 4.5 years.

OTHER NON-RUNNING STUFF: That time I put on non-running clothes for Valentine's Day.

But it's like the universe is just completely dead set against it. First I was sick. Then running sucked. Then I was super busy with work and renovations and traveling all the time. Then I started having asthma problems from all the dust. Then I pulled a hamstring last week. (It was getting better, then this week I tripped & re-pulled it.) Then I got food poisoning this past weekend. So instead revving up for a super sick half, I've spent most of 2017 with my Shamrock training feeling like the BBQ piglet from season 7 of The Simpsons.

Then this weekend happened and when I was finally not feeling like I was going to puke every half hour or so, I looked down the barrel of the work that's left to be done for our renovations, much of which must be done very soon and can be done only on weekends, and finally had to admit, "Nope; nope, it's gone."

If the race was here in town and I didn't have to drive 2 hours there and back and pay for a hotel and give up half my Saturday as well as half my Sunday, I'd probably still run it since I've paid for, but even then I don't think I'd try to race. My workouts have been few and far between, I haven't run double digits since January, and I've only run the full race distance or more once this year. I don't know, maybe I could still coast my way on all that marathon training to a pretty decent half, but the truth is I just AM.NOT.FEELING IT. (And I'm definitely not feeling like giving up so much of one of my only free weekends between now and May and paying for a hotel room.)

Before the food poisoning, hanging out with my mom & sisters in Ft. Worth. (I randomly happened to be there for a conference this past weekend.)

Me & my tall sisters.

So, Wednesday morning I finally emailed my RunCoach coaches and ask them to suspend my account for a couple of months. They both agreed that there was nothing wrong with taking a bit of a break after CIM, especially during a busy time and especially when my motivation for real "training" is completely MIA. I can't tell you what a relief it was to finally, officially make that decision (which I think is how you know it's the right one).

There is decent running in Ft. Worth! Trinity Park (30+ miles of paved & dirt trails) is just two miles outsie of downtown.

Running across the Trinity River towards the park, then along the river for 4 miles out & back. (I don't know the area well enough to do loops, but one could, in theory.)

As for the new plan, here's what I've got: 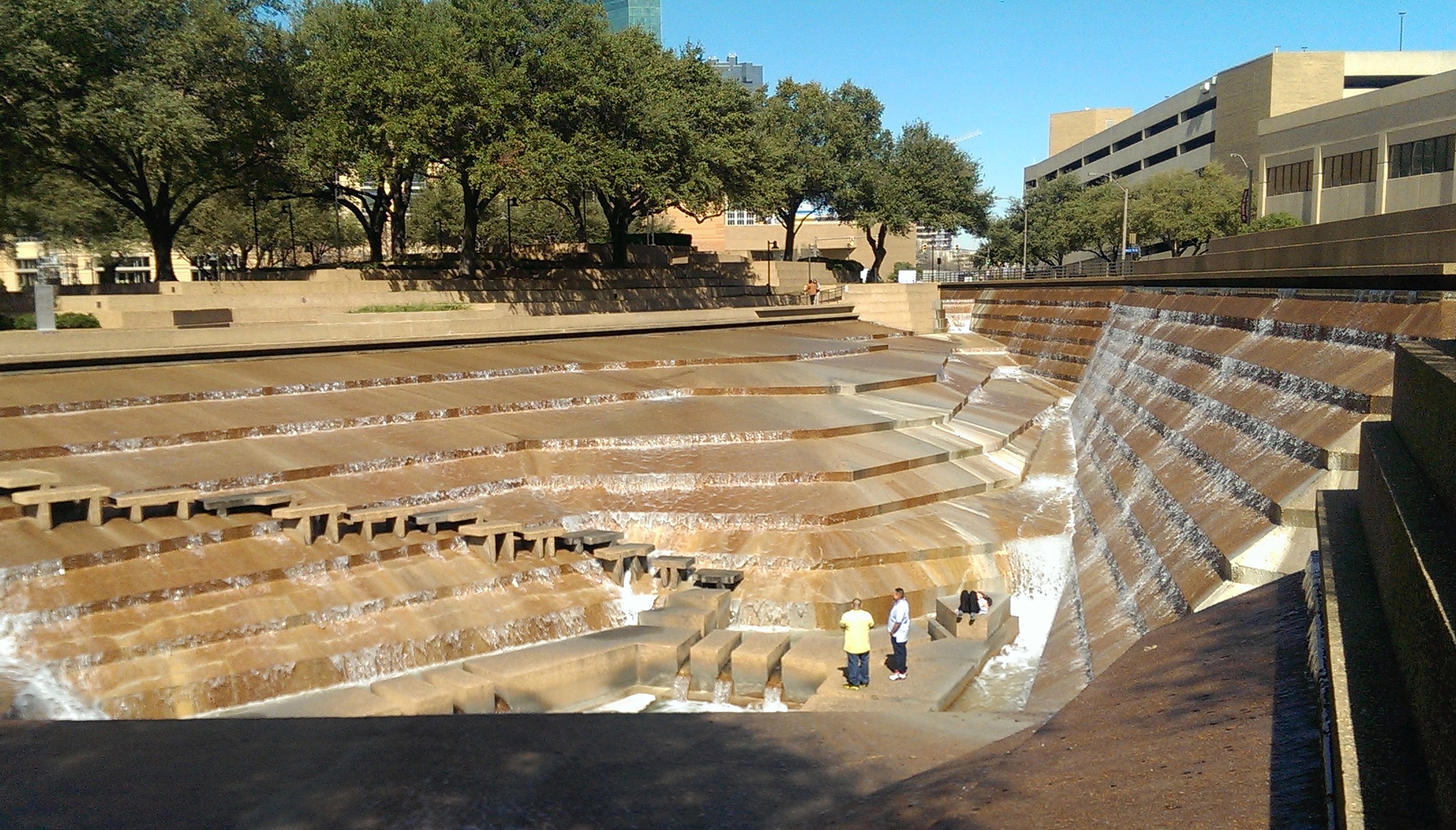 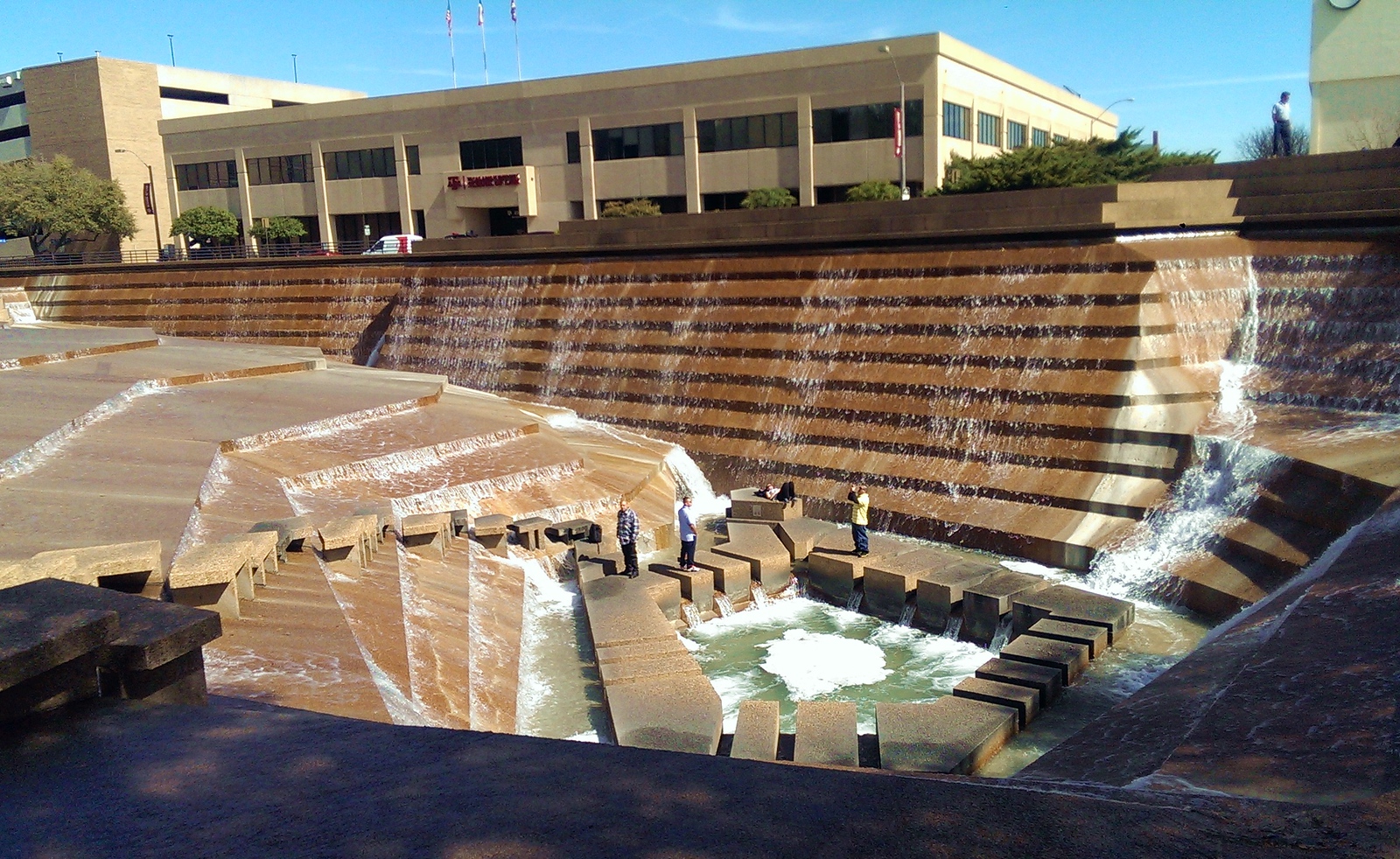 So, there you go. That's what I've been up to. What's new with you?

Email ThisBlogThis!Share to TwitterShare to FacebookShare to Pinterest
Labels: basically not having the mental game, completely reasonable talk, home improvement, on the road, one mile at a time, renovations, shamrock'n half, travel, ugh just ugh

This post will be mostly about Victory 10K but, full disclosure, it's also a lot of me having an existential running crisis, because these are the times we live in & it's semi-semi-semi-relevant. You've been warned.

(Also: Apparently there were no photos taken of me running so please enjoy the many, many incredibly thoughtful animated gifs with which I have accented this post. #yourewelcome)

(UPDATE: Turns out you get one real photo. Enjoy!)