SJRNRHM Week 4 of 14: More like it (+ some thoughts on disordered eating in sport)

While in Tahoe over 4th of July, Don & I got into talking about the extremes of disordered eating that pervades our respective (current & past) sports--rock climbing for him, distance running & (in my younger days) gymnastics for me. We'd been talking about rock climbing & how a friend of his had mentioned how she'd recently lost like 5 pounds and how it made a real, noticeable difference in how easy climbing felt, & from there about the siren call of weight loss in endurance sports in general ("If I can just lose 3/5/7/etc. pounds, x/y/z will feel easier/I'll be faster/more powerful/etc.") & how then depending on your personal background, psychology, & environment, it can be such a short, slippery leap to really dangerous, misguided stuff like skipping meals and cutting out entire food groups and intentionally not fueling your workouts in order to create a larger calorie deficit.

Then completely coincidentally, this Outside article popped up in my Facebook feed the very next day, which I found fascinating and sent on to Don.

To summarize some semi-relevant stuff I've posted in the past, I've only really ever run one 5K in my adult life where I was healthy and in good shape & training kinda-sorta heavily (to the extent that I ever train "heavily"), which is where I set my current PR (20:44/6:40 pace) in May 2012. It was so much faster than nearly every other 5K I've ever run that after a while it didn't really feel real, like "WHO ME RUN MULTIPLE 6:40 MILES IN A ROW? Phhhbbbt, that's not a thing that actually happened." Well, after massively PRing the marathon in December, I figured, what the hey? Let's take a crack at thing and see just how sturdy that dusty old PR is.

So, I registered for PrideMeet on June 17. (ProTip: If you want to run a fast, accurate 5K, do it on the track. Just don't weave too much.) I was in 60/40 not bad shape going into it in early May, then spent about 6-7 weeks adding some serious speed workouts. The workouts were tough but made a nice change from marathon training, and other than a sketch right calf muscle, I felt good going into the meet.

One sentence race recap: I ran a 6:52 mile which felt weirdly easy, then a 6:41 mile and still felt good, then proceeded to pull my calf so badly I couldn't put weight on it for several days. {Shakes fist at sky} Sure, I was bummed and frustrated, but another part of me could not believe I had run those splits and felt so good doing it. Sure, the plan had been to run this one 5K and then get serious about San Jose half training (10/8), but somehow I just could not let it go. What if I let the calf heal and run another?? Could that seemingly-untouchable PR seriously be about to fall??

And you know where this leads.

Tuesday, July 18 was soon circled on my calendar.

SJRNRHM Week 3 of 14: If life could stop kicking the crap out of me, plzthnx....

Ugh. I can't say I'm not beating myself up a little over this past week's mileage and other various running failures. I've been super swamped with work stuff, which actually should not affect running that much time-wise (I mean, weekdays I'm generally running *maybe* 2 hours tops?), but it's been sapping all my energy and motivation.

On top of that, there have been a lot of social things going on. And don't get me wrong, I have wonderful friends and I love the social things! They are good for me in lots of ways, and when I'm feeling rested and motivated it's not usually a problem to plan ahead and get done what needs to get done. But this week I completely failed at that, and it feels pretty terrible. There is definitely a part of me that is looking back at those posts about big-hairy-audacious goals and trying to peak at 75 miles a week and run a 1:35ish half in October and then looking at myself in the mirror with a raised eyebrow like, "Are you sure you really want that? Because right now you kinda seem like maybe you don't really want it all that much."

It's not that I'm unmotivated; in some ways, I'm extremely motivated, which is why it feels so bad. Instead it feels more like mileage and workouts were something I used to fight for, desperately (because that's the only way it ever happens), and lately I don't seem to have much fight.

But, what happened happened (or didn't), and all I can really do is look forward to the 11 weeks I have left and try to do better. 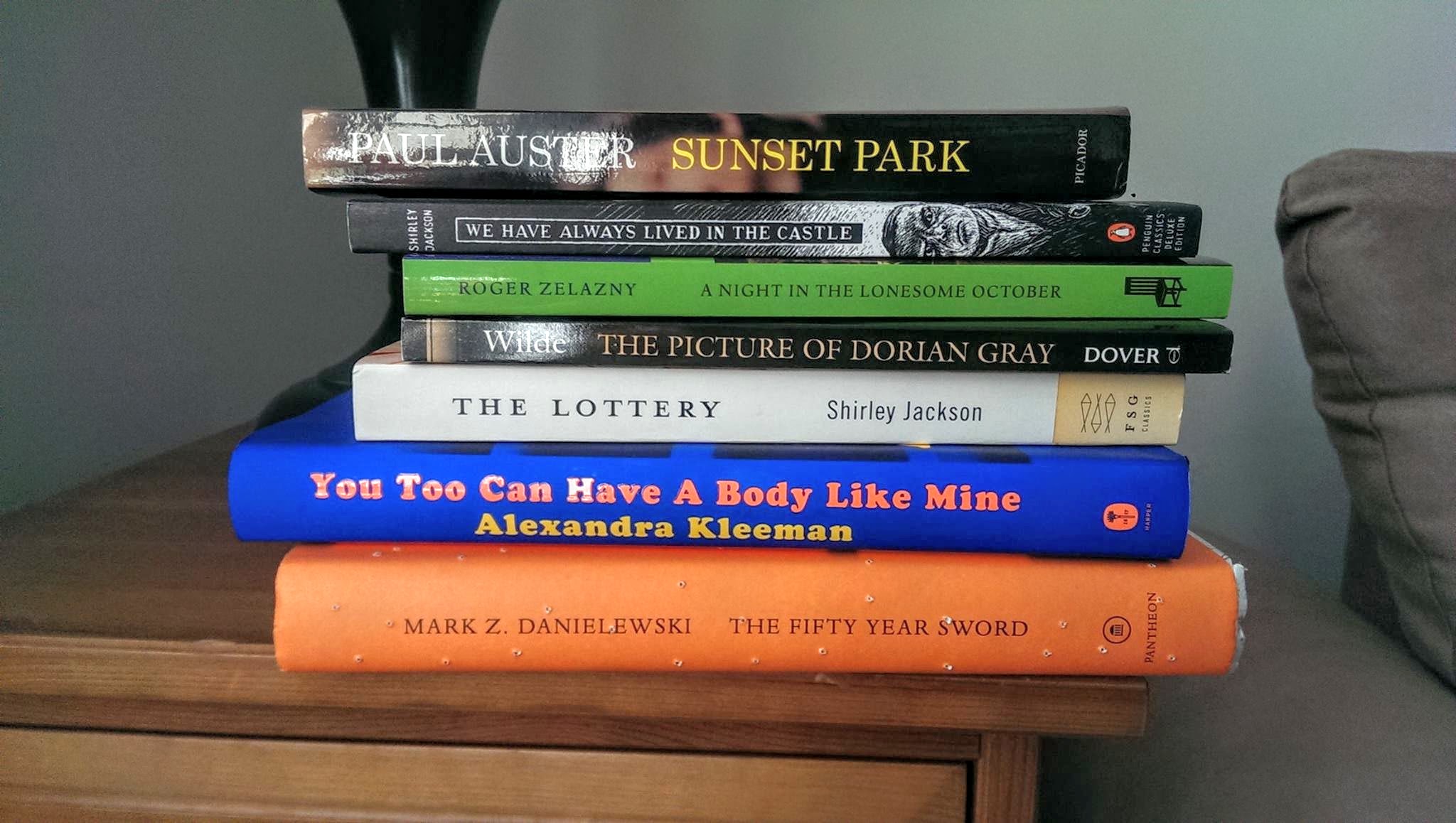 Read more »
Posted by Angela Knotts at 2:00 AM No comments: 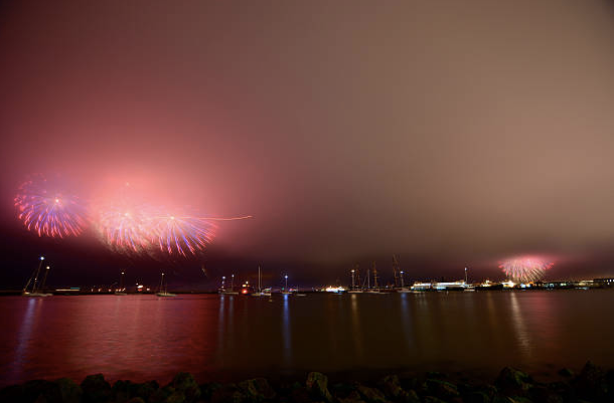 Nothing super exciting to report this week; still pretty low mileage, but a gradual bump up from last week, including a bit of speed work (with no calf pain! Yay!), which is what we call progress. Also, it's kind of funny how quickly you start to lose your endurance. Going into those 8-10 milers, I'd be thinking, "Maybe I'm being too conservative, maybe I should go a little further." And then 75% through or thereabouts, I'd find myself thinking, "Nope, that was just about right!" I've also been lifting more consistently (#goldstars) but my legs aren't quite used to it yet, so that also makes things a little harder than usual. But overall, I'm happy with how the week turned out.

In other news, I'm debating taking another crack at 5K on the track next Tuesday in San Rafael. I'll be working in Sacramento that day so the only reason it's even a possibility is because the 5K is the last event, but I might also be completely exhausted by then & just want to go home & sleep. I also know that I won't really be ready for it the same way as I was on the 17th, coming off of a pretty low mileage month and just a couple of short speed workouts vs. a pretty decent mileage month with quite a lot of 5K-focused speed work. But I definitely have a habit of only ever wanting to race when I know I'm in really good shape & well-tapered & etc., which honestly means I don't just race for fun as much as I'd like. So....maybe??

Oof. This training cycle is not starting out the way I'd hoped! My plan was to race an awesome 5K on 6/17, then spend a couple of weeks building easy mileage back up to the ~40 range, then start workouts & gradually build to training mileage. Alas, that calf strain or whatever it was during the 5K really threw a wrench into that plan. Instead of easing pretty much right back into easy miles, I had to take an entire week completely off, so obviously the week after THAT I was not going to immediately jump back to 40+ weeks & speed/tempo workouts.

Instead, the story of this first week of SJ Half Training has been let's-try-to-get-maybe-some-nonzero-amount-of-miles-in-without-re-injuring-the-calf. By now I've learned my lesson about trying to do too much too soon after even a minor injury, so my only goal was just to take it day by day & see how things felt.

And, it was not a bad week. We ended up going to Tahoe Friday through Monday so that Don could ski (yes, there is still skiing in Tahoe because #california) and I could spend a few glorious free days working, reading, running, & lounging by the many many swimming pools. (We had to Hotwire a swanky resort because we waited too long to book anything reasonable. It was not cheap but at least we did get a pretty huge discount on the normal price, and I gotta say, man, sometimes I totally see why people go to resorts.)

You didn't know there was a swimming pool & a hot tub at the top of Squaw, did you?

Tahoe adventures included kinda sorta pretending to (briefly) be a trail runner, seeing a real live bear way too close for comfort, & nearly passing out on a run. (Heat! Hills! Altitude! They do not screw around.)