I was thinking about it the other day and realized that since I started running marathons in December 2011, there's been extremely little time when I haven't had one on the calendar *somewhere*. After CIM 2011, I waited maybe 6-8 months to sign up for CIM 2012. I signed up for Mountains 2 Beach 2013 before CIM 2012, and then after M2B I had a gap of about three months before I signed up for the 2014 Napa Valley Marathon (which I deferred a year because of a stress fracture). But other than those two gaps, at least as well as I can remember, I have always had a marathon somewhere on my race calendar, even if it was a nearly year and a half out.

It's pretty safe to say that I'm feeling satisfied on that front, for now; after so many marathons where something went wrong, I spent a long time feeling like I had unfinished business with the whole thing and just wanted one good, solid 26.2 where my training went well and I didn't get sick or injured and the weather cooperated. I feel like I finally got that at CIM 2016, but of course after that there was no question but that I was then going to run Boston (and Big Sur!) since I had the opportunity and might never get it again.

When the Itch Comes Back 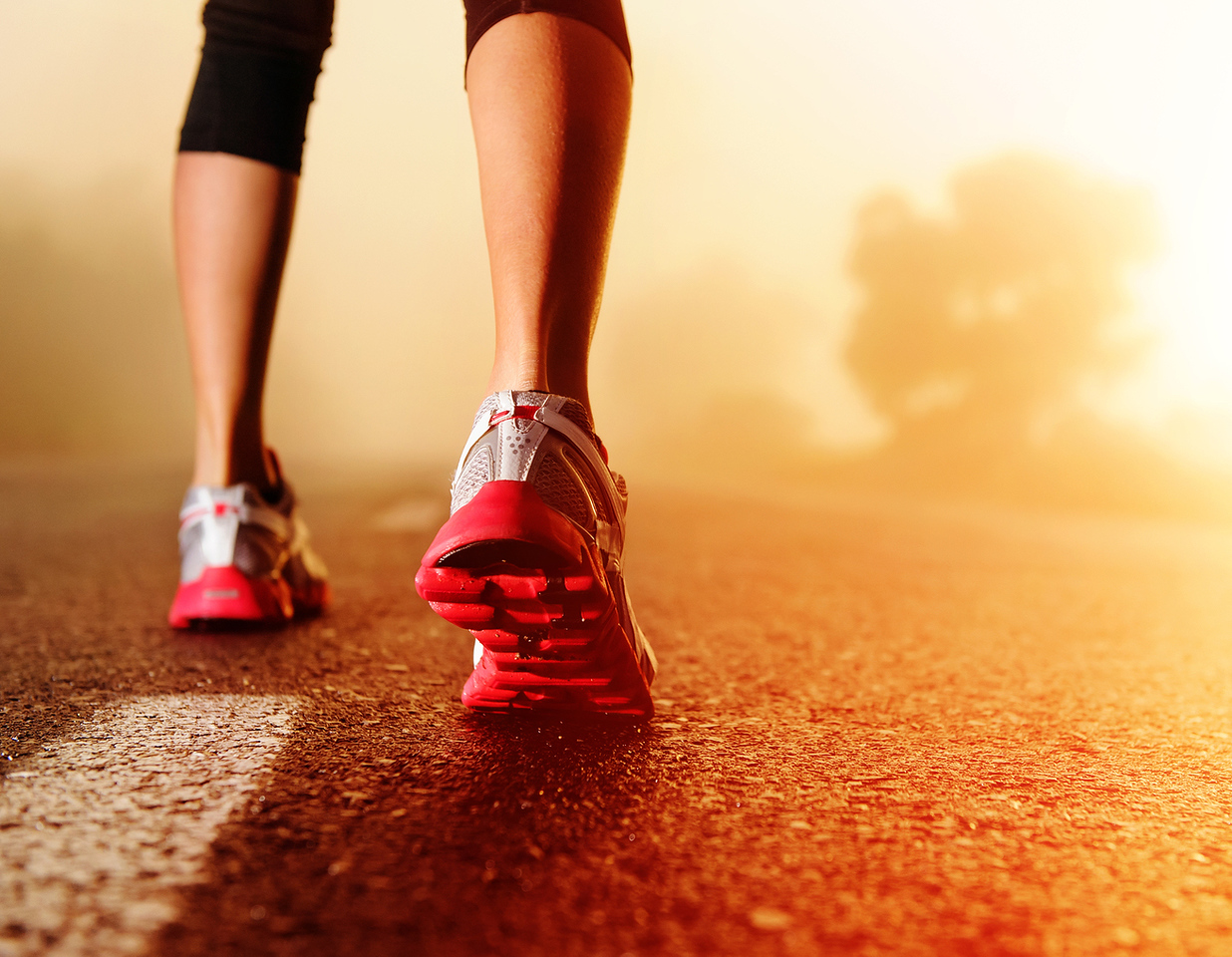 No, this is not a TMI post about some kind of dermatological problem; rest assured I am rash- and pest-free and have not been going barefoot in the gym shower.

Believe it or not, we're talking about the itch to run.

Like I kind of mentioned in this post, since I started training "seriously" (whatever that means) about nine years ago, I've never *really* given myself permission to take an extended break from running. If you don't count serious injuries, I think the longest amount of time I've gone without running since 2009 was about a month, after my first marathon in 2011. Other than that, I don't think I've ever taken off more than a week, maybe two but maybe not, when I've been completely healthy and physically able to run.

After B2B, though, I needed to. Like obviously I needed some physical recovery time but I also felt like I just needed some time mentally away not just from training but any kind of running at all. It was almost like having a little bit of a running hangover; I didn't even want to jog across the street to make a light.

I wanted to come home from work and go work on my house, or read a book, or work on a grant proposal, or just freaking sit on the couch and watch an episode of Quantico. (Do not watch that show, btw, it is awful. It's too late for me but there may be hope still for you.)

I wanted to run errands and grocery shop and cook without constantly looking at the clock.

I wanted to go out to eat or to a BBQ or have friends over and not overthink every bite and sip that went into my mouth.

I wanted to go to karate and not be exhausted, to have my legs feel light and snappy and like I could spar full speed with other black belts and not endanger myself.

So I did. And it has been So. Great. If you've generally been in the habit of jumping from training cycle to training cycle, never taking more than a week or two off either because of fear of losing fitness or gaining weight or FOMO or peer pressure or just plain suppressing any inkling of desire to take an extended break from running, I highly *highly* recommend it.

I kind of felt like I wanted to start training mid-June-ish for my September 10K and October half, but I never put a hard and fast timeline on it. Something I definitely did NOT want to do was try to start training again if it was going to feel like a chore. Basically, every morning I'd wake up and ask myself, "Do I feel like running today? Even just 2-3 miles, maybe?"

And every day, the answer was, "Nope! Not even a little. 100% into chores/errands/renovations work/Netflix & wine." I've even (mostly) kept up with my blog reading, which in the past has sometimes made me want to go register for all the things. But this time my response was more, "WOO GO SO-N-SO!!" {as I sit back & turn on HBO & refill my glass of pinot.}

This past weekend, though, I have to say there was just a glimmer of an itch. My painful toenail finally fell off. My massage therapist has very nearly turned my steel cable (her words) adductors back into flesh & blood. Being semi-sedentary is starting to lose just a *bit* of its glamor.

Still. I was reading a blog post on Saturday about someone reaching a half marathon milestone time goal by less than 30 seconds and how amazing it felt, and for just a second I thought, "I WANT TO DO THAT! (Maybe, sort of? Semi-soonish?)"

So, yeah. I finally dug back into the running bag I never completely unpacked after Big Sur. I plugged in my watch (completely dead, of course) and fished out my road ID. There's technically a training plan for my 10K & half loaded into RunCoach but I'm a long way from ready to jump into it, so maybe sometime this week I'll head out to one of the local trails on the way home from work and set my watch to show nothing but time of day & heart rate & see how it feels to jog two or three nice easy miles. Just a little something to get the legs moving, and then we'll go from there.

Email ThisBlogThis!Share to TwitterShare to FacebookShare to Pinterest
Labels: here we go here we go, optimism, recovery, the mental game

The Art of Racing in the Rain (er, an Utter Deluge)

I'd run my first marathon a year before in what I thought was a pretty decent time for me, considering it was my first and *especially* considering that I'd been sick recently & run the whole thing with an asthma attack. 2012 had been a pretty epic year for me running-wise; in spite of not really training all that hard, I'd PR'd the 5K, 10K, and half marathon, and could not wait to take my second crack at the full. Since CIM had been so good to me the year before, I saw no reason to mess with any other race and signed up to run it again the first week of December.

Fast forward to the night before the race, with forecasters using words like "winter typhoon" and "atmospheric river" and "pineapple express". Weather people predicted multiple inches of rain between 5am & 10am (so, like, *right* during the race window) and 20-40mph headwinds. Several of us stayed the night before the race with Courtney's parents, just a short car ride from the start, and were definitely feeling more than a little trepidation about the weather. 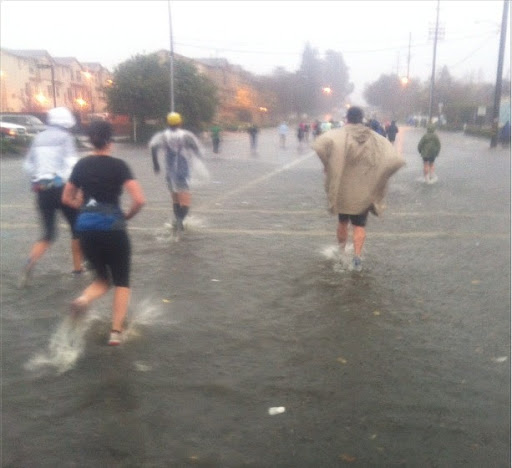 This shot of Heather's will never not be the one I include
in any discussion of CIM 2012. Because, no. NO, SERIOUSLY.
Read more »
Posted by Angela Knotts at 11:07 AM 1 comment:

(Once more for those in the back -- I AM NOT A DOCTOR OR NUTRITIONIST. I basically just read the internet. Below is what worked for me, but that doesn't mean everyone should do it, and you should definitely *definitely* not start taking an iron supplement without having your levels checked because you CAN get iron poisoning, and some people have a condition that keeps their iron levels abnormally high. Just sayin'.)

We've been talking iron deficiency (not the same thing as anemia) this week on the blog. You might want to catch up on Part 1 & Part 2 before dividing into Part 3, in which we talk about how I ultimately fixed my low ferritin issues.

When we left off, I'd just learned about a month before the Boston Marathon that my ferritin was at 13 ng/mL. Normal for sedentary couch potato pre-menopausal women is 12-300 ng/mL, but female athletes training a lot--particularly runners--generally need to be around 30 ng/mL at a bare minimum and many feel weak and exhausted unless they're closer to 45 or 60.

I'd also learned that raising low ferritin numbers often requires getting 60-180 mg of iron a day (four to 12 times the couch potato recommendation of 15 mg per day) and I'd been eating more like 22 mg. And, also, that it's virtually impossible to consume this much iron through food alone. Ergo, supplements.