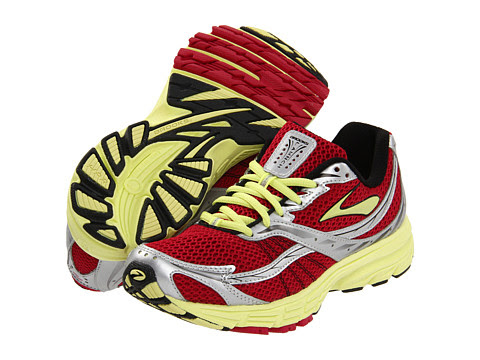 Soooooo I've been wearing this shoe for like FOREVER now (read: since late August) including a marathon & several 15+ long runs. I started writing a review of them back in October, but then we had the whole discontinuation scare & the lying liars at the CIM expo so I figured there was no point. But now the Launch is BACK, baby, and since they haven't yet released a version 2.0, the original I've been running in for the last six months or so is still current.

So a review you shall have.

The Launch is a pretty traditional-looking & -feeling running shoe, just slightly more stripped down than Brooks's other neutral offerings. Officially, a size 8 weighs in at 7.5 ounces as compared to the ~9-10ish of the Defyance, Dyad, Glycerin, & Ghost. 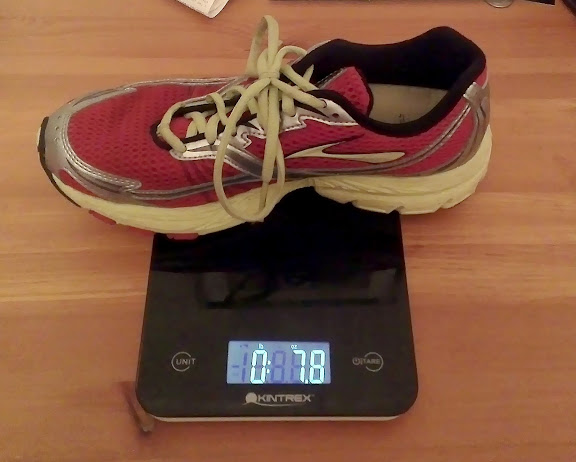 The Brooks site says that this is mostly the result of less midsole & upper; you can also see how in comparison to the other four there just seems to be less shoe all around: 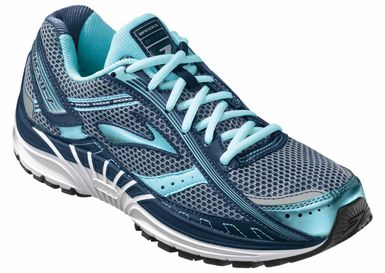 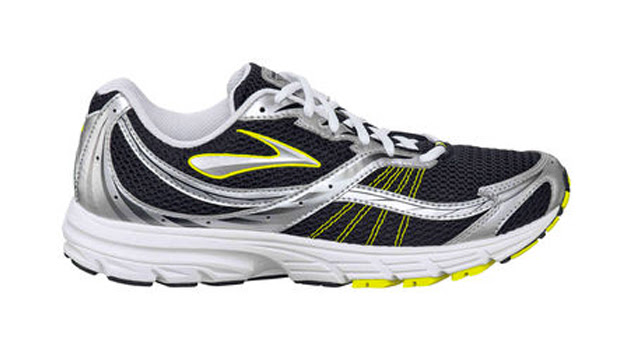 As a more traditional shoe, there is a 9.5mm heel drop, so slightly less than the 10-12mm of its brethren, but a long way from the 3-4mm you get in more "transitional" lightweight trainers like the Kinvara or Musha 3.

(Oh, and now that they're not being discontinued, you'll be able to find them in the other less-maroonish colors. To be honest, though, I've been hoarding the maroon ones for so long that it's started to grow on me. To me, that is just the color that a Brooks Launch should be & the more "subdued" and "sophisticated" color schemes just seem wrong. Except for this one. I am totally buying this one next.)

When I first hit the pavement with these shoes, the first thing I noticed was how light they felt compared to the Adrenaline 12s I had been doing my longer runs in previously. Not racing-flat light, but certainly nice & speedy for an everyday shoe.

I tried on the Brooks Ghost a few months back, & there were 3 small but crucial things that made it a no-go for me. 1) I couldn't feel the ground well, like I was up on platforms, 2) the sole felt inflexible & stiff, & 3) it felt suuuuuuuper cushy inside, like sliding your foot into a pillow or something. All of this added up to a kind of all-around unresponsiveness. The reason they wanted to put me in this shoe was because of my insane supination, which running shoe stores apparently train their shoe people to deal with by putting the supinator in question in a super-cushy neutral shoe (presumably to avoid the peroneal tendonitis).

For a marathon shoe, though, I didn't want to go all the way in the other direction, and the Launch is kind of right in that sweet spot -- enough cushioning for someone like me to run 20+ miles in without sore feet, hard enough that I can still feel the ground, a little bit more heel drop for the sake of my tight Achilles tendons & stiff ankles, and flexible enough for a natural-feeling stride without abandoning all semblance of stability.

According to the (outdated) description on the Brooks website, "Summer racing season is in full swing...and so we welcome the Launch, a brand new neutral lightweight trainer that provides 'just enough shoe' and cushioning. The Launch has one goal in mind: let you run fast and not lose any energy in the shoe. Lace these up for mile repeats or tempo runs, and know this shoe will help you hit your splits."

My favorite thing about the Launch is indeed its versatility -- it's enough shoe for long runs & marathons, but light, flexible, & responsive enough that you can totally do faster runs & even shorter races without feeling like you've got bricks on your feet. (I ran my 10K this past weekend in them with no problem to give my achey calves some relief.) I personally don't typically do mile repeats or tempo runs in them, but I think that for someone used to doing long / easy runs in a stiffer, heavier shoe, the Launch could be a great shoe for that & a very gentle first step towards trying out lighter, more flexible, lower drop shoes. If I had to pick one shoe to run in for all distances & purposes for the rest of my life, the Launch would definitely be a contender.

Now, I am doing my level best to work into lighter & lower drop shoes, so since I don't have to pick, I will hang on to my slightly lower-slung, lower drop shoes for shorter runs & races & tempo stuff. But I'm not sure my feet & Achilles tendons are ready to go more than about 14-15 miles without more support & cushion yet, so that's what I mainly use the Launch for. I'm guessing most other reasonably efficient, neutral runners would also be fine in them for longer distances, but if you're used to running in a heavier, stiffer shoe, it might be smart to ease your way down in weight, or ease up in distance with the Launch rather than jumping right into 20 milers.

I love this shoe. You can tell from the way I pleaded shamelessly in the comments on the Brooks page where they announced the shoe was being discontinued. It's hard to find a light, responsive shoe that has enough cushioning to keep my feet in good shape for 20+ miles, and I will totally cry if they discontinue it again.

Posted by Angela Knotts at 8:05 AM